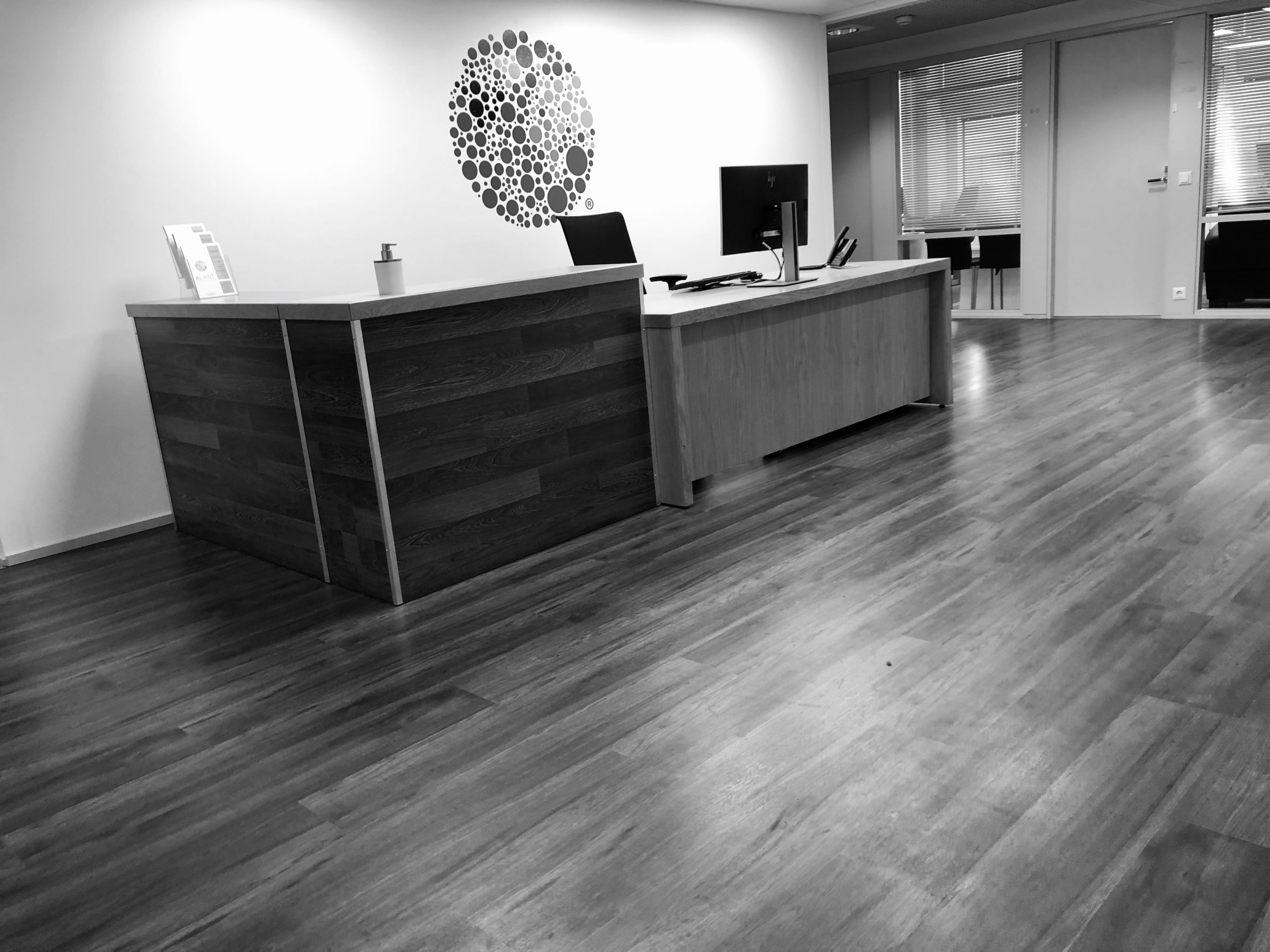 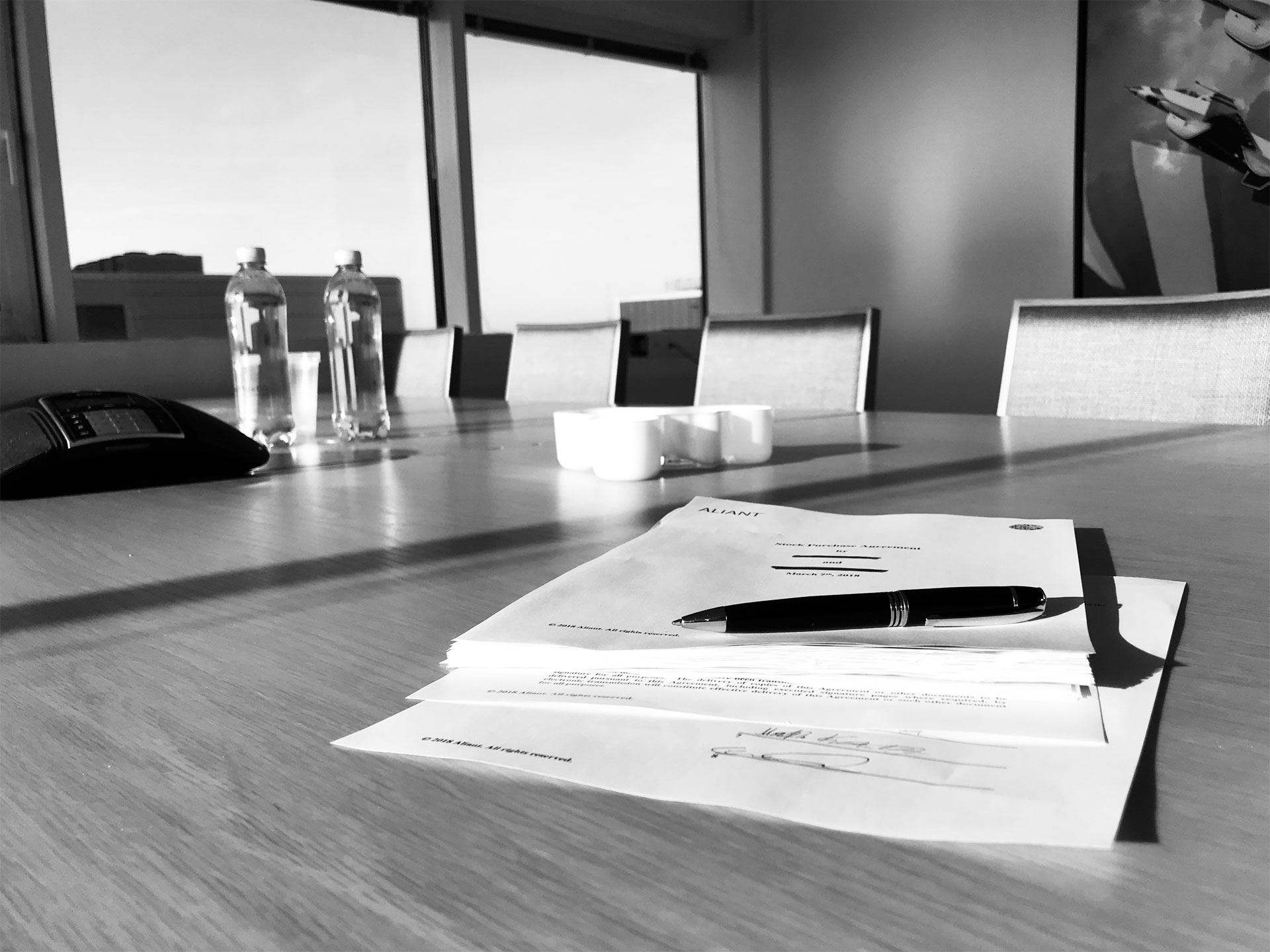 Aliant is a global law firm present in 16 countries. Aliant Finland serves Finnish companies with local and overseas matters, while also providing legal assistance to foreign companies conducting business and investments in Finland and throughout the Nordic region. Our practice offers the highest quality legal services with a team of experienced and well recognized professionals.

We assist businesses with commercial transactions and international operations in a diverse collection of industries, including technology, machinery, manufacturing, healthcare, cleantech, energy, airline, retail, construction and real estate. We provide corporate law services to our clients and advise them on corporate governance, investor relations and employment issues. We help high-tech companies in developing tomorrow’s technologies and managing risks arising from intellectual property issues. We represent corporate clients and institutional investors in acquisitions and other transactions involving the purchase or sale of businesses. We counsel developers, project owners and contractors on construction projects and assist with commercial real estate transactions. We assist domestic and foreign clients in commercial litigation and arbitration.

We advise both emerging and established businesses. We represent companies at all stages of their growth, from start-ups and emerging growth companies, to multinational public corporations. Our practice focuses on all forms of business ownership, including family-owned businesses, and both private and public companies.

Aliant Finland was organized in 2017 when Kauttu & Co joined Aliant. Kauttu & Co was founded in 2008 from a well-established Helsinki based law firm that was established in 1951.

Aliant Finland office is located in the World Trade Center building, a well-known address in Aviapolis, an international airport city in the middle of Helsinki metropolitan area. Its location in a traffic hub has made it the largest and strongest growing business area and employment centre in the Helsinki region. Aliant Global headquarters is located in Los Angeles, California. 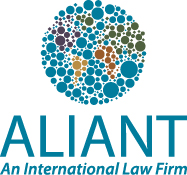 By Pekka Valo, Senior Counsel, Aliant Finland. The European Union 5th Anti-Money Laundering Directive requires that EU member states should set up beneficial ownership registers for corporate and other legal entities by 10 January 2020 and for trusts and similar legal arrangements by 10 March 2020. I will now describe the implementation and requirements in […]

The 5th Annual Aliant® Conference took place on October 21st – 23rd. Both, the program and the most advanced virtual technology were well organized. Special thanks to Jacob Stein and Alysia Leigh Camp who made this unique Aliant Annual Conference happen. Among us, Jonathan Fitzgarrald, Managing Partner of Equinox Strategy Partners and Lawrence (Larry) Kohn, president of Kohn Communications, shared great advices on “Business […]

We aspire to provide you not only the best legal results,

but also the most favorable business outcome.

"Over the past 15 years, Meira Oy has obtained professional services of Aliant Finland (previously Kauttu & Co). They have carried out their work and assisted Meira Oy as well as Massimo Zanetti Beverage Group with high professional ability" Raimo Sinisalo, CEO, Meira Oy

Aliant is an international law firm with a deep bench of talent across a multitude of practice areas. Our skills and experience are on par with world's best and biggest firms. We have a great love for the law, and our attorneys are capable of managing the most complex international legal transactions. When you work with an Aliant lawyer you get access to in-depth knowledge of local law combined with the ability to seamlessly work cross-border.

Big international law firms often shuffle clients to junior lawyers to maximize leverage and billings. Aliant does things differently. Our clients work with the lawyers they hire. No one gets handed off. Everyone gets equal respect. We fully realize that in order to be effective and to offer real value, we must be able to react to your legal needs and to make ourselves available whenever required. That's just one of the benefits of working with an international law firm that puts people above profits.

Not only the best legal results, but also the most favorable business outcome

We believe that by establishing guidelines and a strategic plan, we are able to work closely with the client to achieve not only the best legal results, but also the most favorable business outcome. All services carried out by Aliant Finland shall be executed in accordance with a written client assignment, as well as in line with client's operating policy and guidelines for outside corporate counseling. We also assist start-ups, emerging growth companies and export projects in fundraising. Learn more about the possibilities on our Business Finland Expert Search profile. 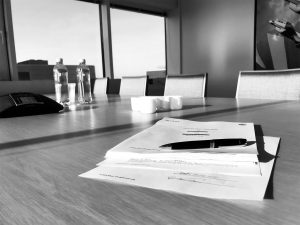 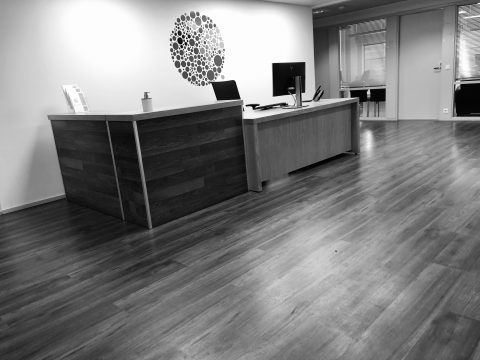 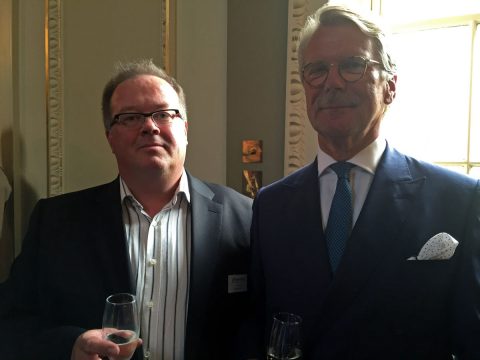 Pekka Valo of Aliant Finland and Björn Wahlroos, the chairman of the Board in Sampo Group and UPM-Kymmene 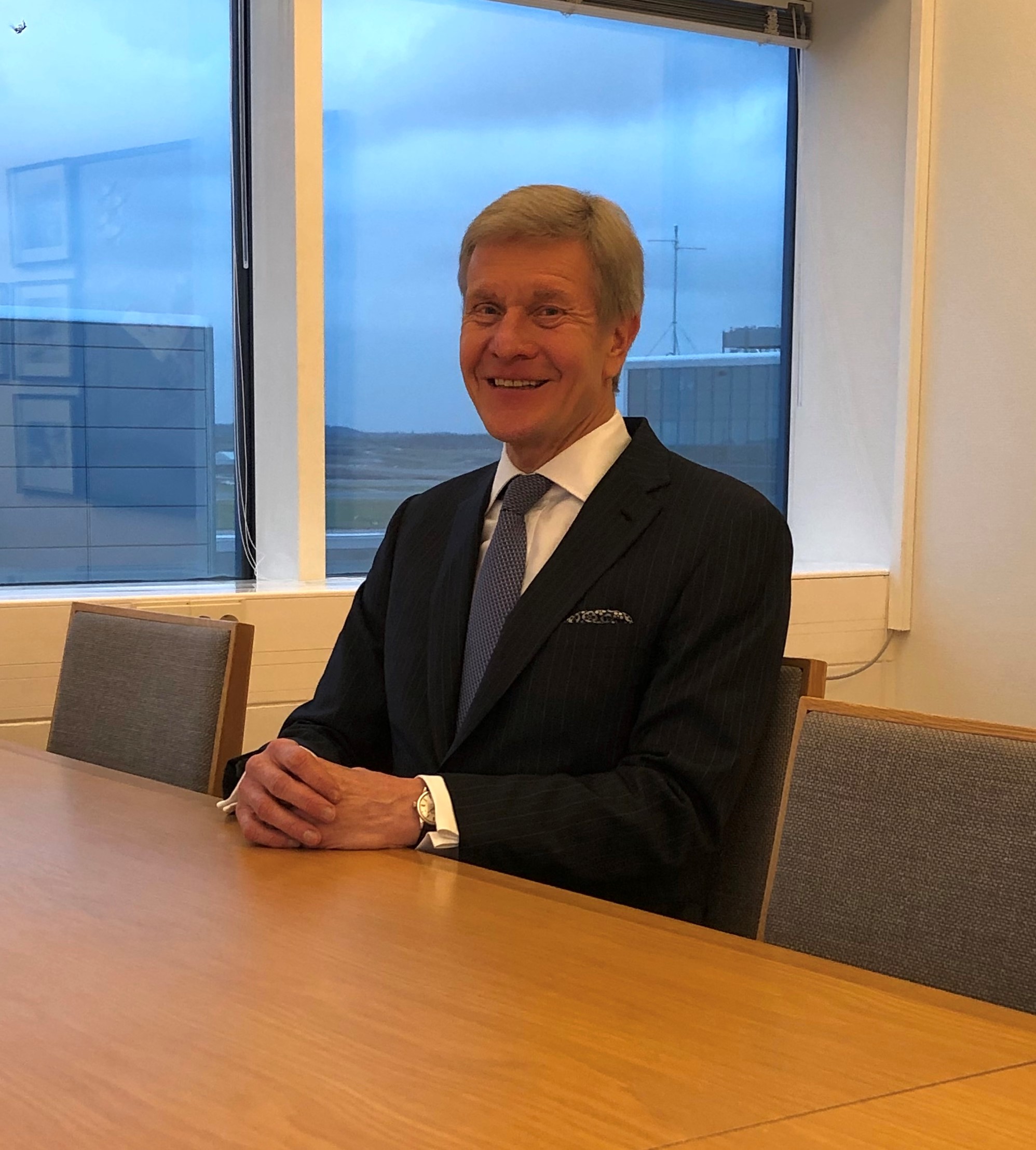 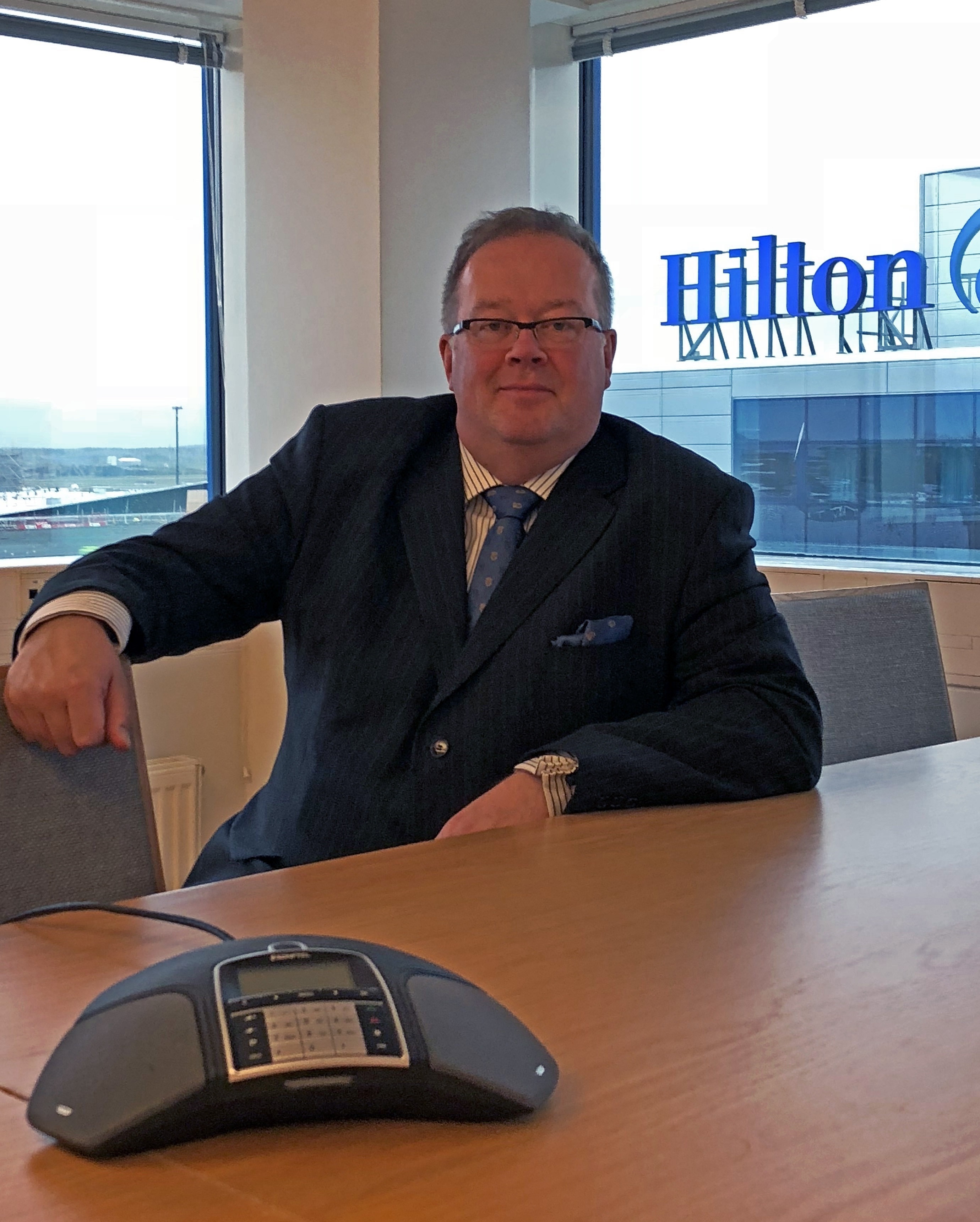 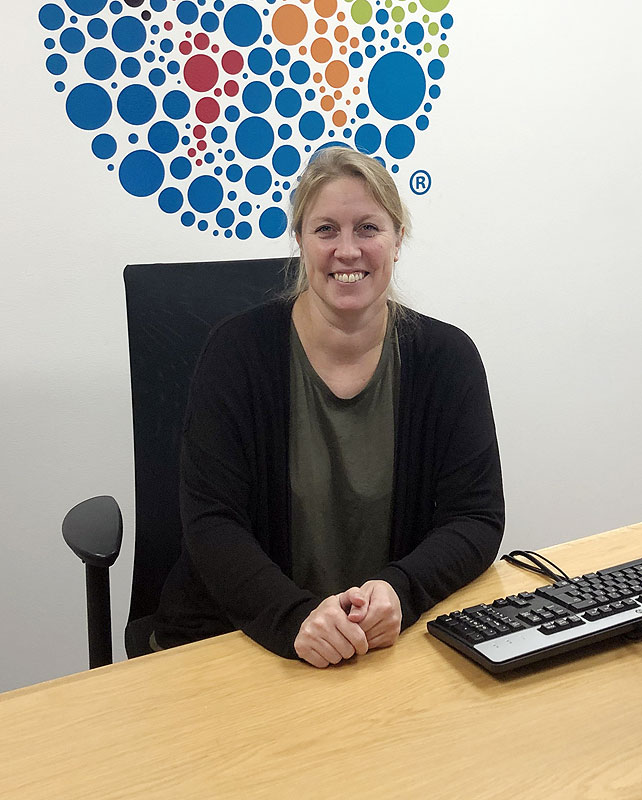 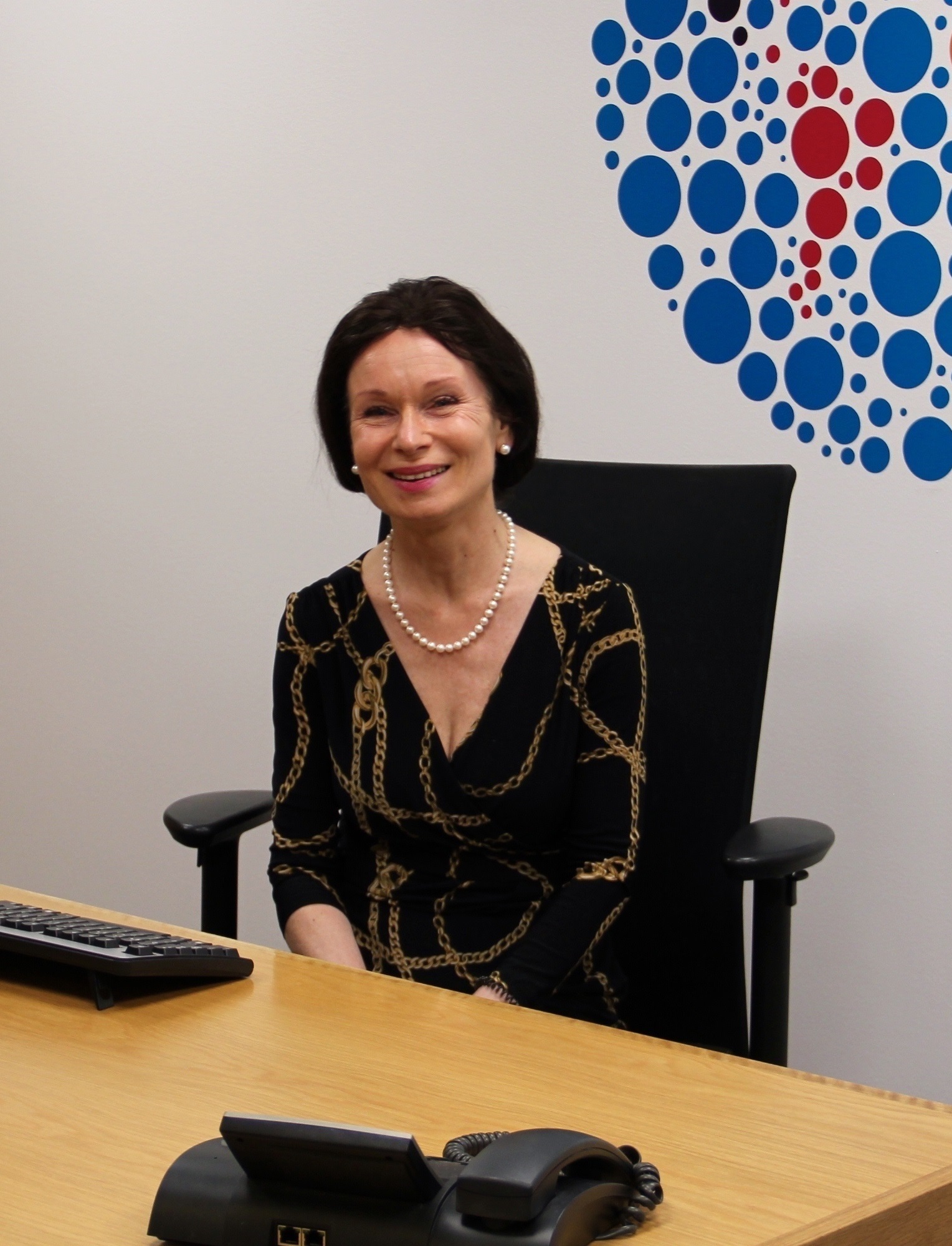 After graduating and court training, Tuomo worked for a bank, specialising in corporate finance. Subsequently, he gained experience as an attorney intern at a New York law firm, followed by the LL.M. program at the University of Washington. The focus of the LL.M. program was on corporate law and corporate taxation, mergers & acquisitions, investments, and business planning.

Since 1996, Tuomo has advised and represented businesses in Helsinki. He has worked on commercial transactions and international operations in a diverse range of industries, including technology, machinery, airline, energy and manufacturing. He has advised various forms of business entities on corporate law and governance issues. He has represented corporate clients and institutional investors in acquisitions and other transactions involving the purchase or sale of businesses.

In 2008 Tuomo founded Kauttu & Co that was an outgrowth of a well established Helsinki based law firm that was established in 1951. Tuomo has been a partner with Aliant since 2017 when Kauttu & Co joined Aliant.

Pekka Valo has wide experience in business law both in Finland and England where he has worked several years as Solicitor and In-house lawyer.

Mr. Valo is specialised in International Contract Law, Mergers and Acquisitions, Dispute Resolution, IP and ICT Law. He has represented several internationally known brand names especially in the fashion and design industry in their issues relating to Trade Marks, Design Rights, Franchise and Distribution. He has advised in numerous international corporate arrangements, English sports teams with their establishment as corporate entities, online gaming companies setting up and running the their business and an Arctic expedition team in their sponsorship issues. He has also worked in a Financial Services company in the City of London as a Legal Counsel and FSA (currently FCA) approved Compliance Officer and MLRO.

In addition to his work Pekka has done research as Doctoral Associate in Queen Mary Intellectual Property Research Institute (QMIPRI) University of London. The focus of his research was in Copyright issues of audio-visual works. During the time he wrote numerous articles involving Design Right, Patent, Trade Mark and Copyright to an online publication of an international law firm. He took part to teaching of the Institute by familiarising the representatives of EU candidate states with Intellectual Property Rights.

Pekka is a member of the Finnish Bar Association and the Law Society of England and Wales. 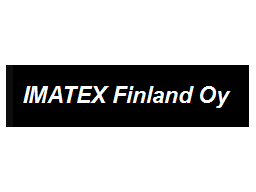 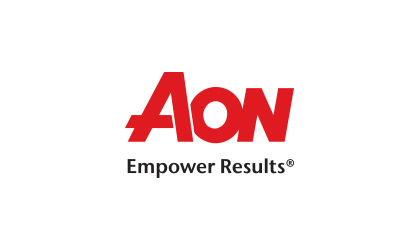 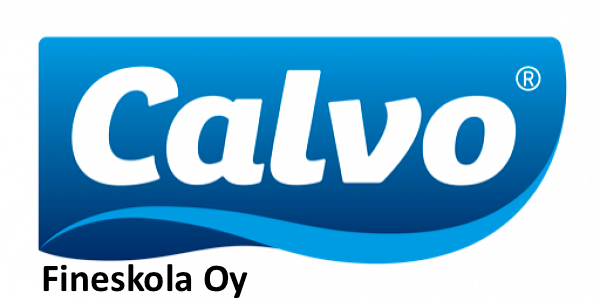 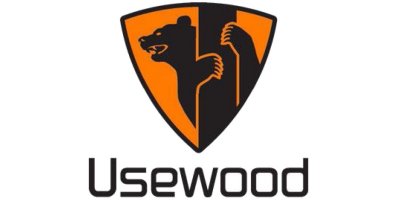